Showing posts from May, 2021
Show All

Flower and Butterfly Bookmarks by Farida 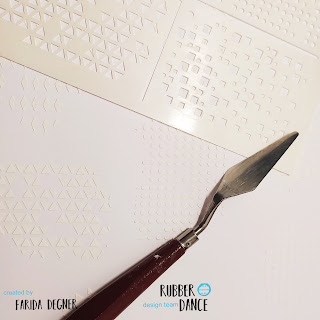 Hello everyone, Farida here. I am back today with some book marks I have made....and I made a couple of photos from the process to take you along my craft journey.  First I used some white heavy cardstock paper, modelling paste and a versatile stencil.  Next I added some colour, cut the paper to size, rounded and inked up the edges.  To make the book marks look more interesting and beautiful I stamped and coloured some coneflowers and butterflies ( grungy butterfly #2 and #4 ).  I fussy cut the coloured images.  And now finally it is time to assemble everything. I love this step when everything comes together. For the final touch I used some embossed words and glued them down to have some nice sentences on my book marks.  I hope I gave you some inspiration and hopefully see you soon.  Have a wonderful day.  Farida from creativefarida
Post a Comment
Read more 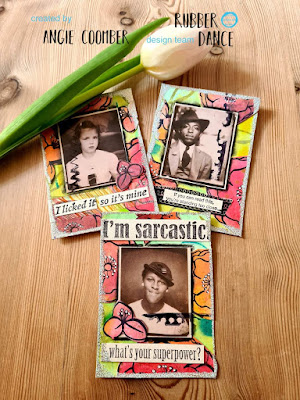 Hello arty friends, how are you all doing? I haven't used my Sarcastic Superpower stamps for a while and I really love them, so I thought I'd use them for this blog post. I wanted to make some ATCs, so first I created 2 backgrounds with my Distress Oxides, one using warm tones and one using cool ones. I began by swiping the ink on my craft mat, spritzing with water and swiping the card through the ink. I used leaf stamps and the same colours I used for the background to add some stamping to the green page. I used Distress Crayons in similar shades to intensify the colours and add some mark making. Next I stamped flowers on the red background and cut them out. I cut the green card into ATC sized pieces, arranged the flowers o  the cards and then glued them down.  I chose a few Tim Holtz Photo Booth pictures and stamped some sentiments onto cream paper and cut them out. I enjoyed matching the quotes to the faces! I added them to the ATCs, and finished with a bit of shading and d
Post a Comment
Read more 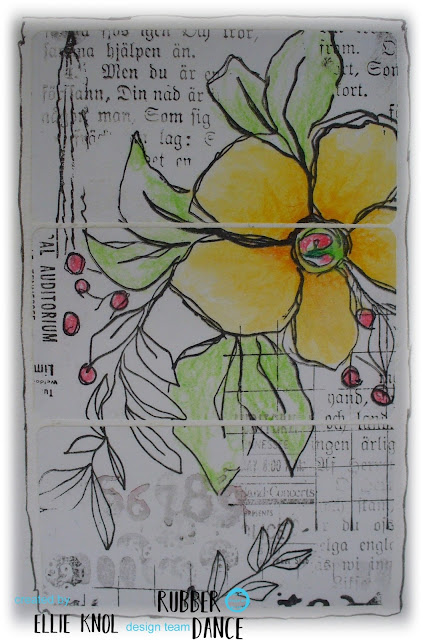 Gelliprinting on stickers.. I've done that, which will be for a next post as I have not finished the projects yet, or actually, the prints are super, but I want to create a project from them first.   It made me think: stamp on stickers and use those to fill a card or in my journal, or even a bullet journal.  Or even on a 'business' card .. or just tiny pieces of art on an envelope..  So, that's what I did and I've colored them with colored pencils.  This A4 of stickers has a tiny strip of paper between the stickers vertically.... ... It adds to the interest of using these separately...  .. as you can see I also filled the areas between the  Sketchy Flowers  with  Mixed Media Marks  and  Old Book Page  script in black. To be able to do that I masked off the flower images, of course.  **** For the mere reason I wanted to show you what it looks like, I've made projects from all of them. To be true, there was only one sticker that had no interest on it, as it was a
Post a Comment
Read more

Find your bliss by Lisa 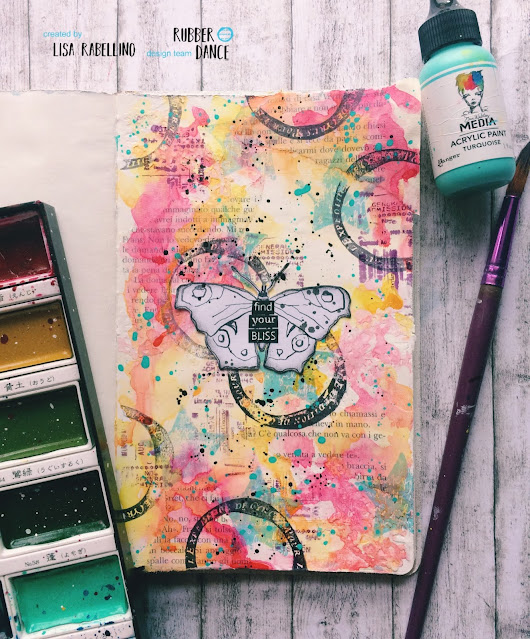 Hi friends!  Lisa today on the blog and I'm happy to share with you my new art journal inspiration for Rubber Dance design team playing with scrap of papers, watercolors and fabulous stamps!  To start I glued on my page some piece of paper doilies and old book pages. After that I brushed a coat of clear gesso and I used my favorite watercolors. I like the effect of watercolors on a background of old book pages!  I let it dry very well and I used Mixed Media Marks and Grungy Stuff stamp sets with archival inks black and teal. I chose Inky Friends stamp set and I stamped and cutted a big butterfly from a White cardstock. I used also Mix A Sentiment stamp set on a black cardstock and I embossed with white powder. I glued all the elements of my focal point and I added splatters with black liquid paint for add more contrast on the page. I used these products from the shop:  https://www.rubberdance.de/big-sheets/mixed-media-marks/#cc-m-product-14348286233 https://www.rubberdance.de/big-
Post a Comment
Read more

Be Kind Tag by Toni Tickner 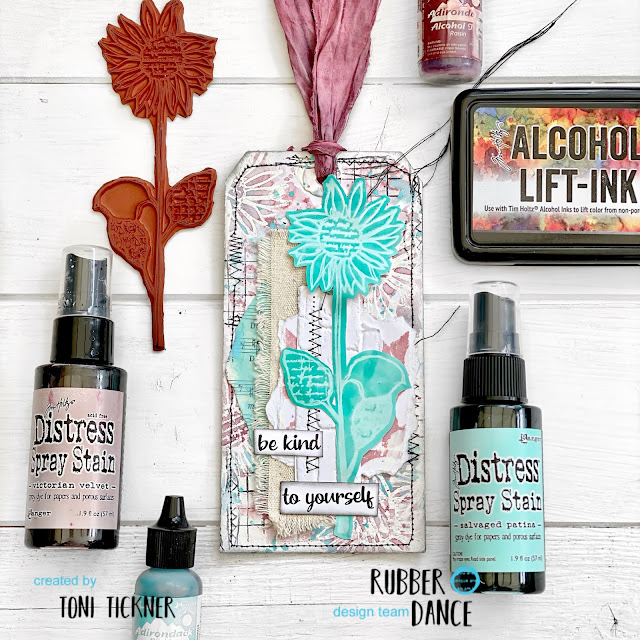 Until the 9th of November all our Christmas stamps are 10% off! 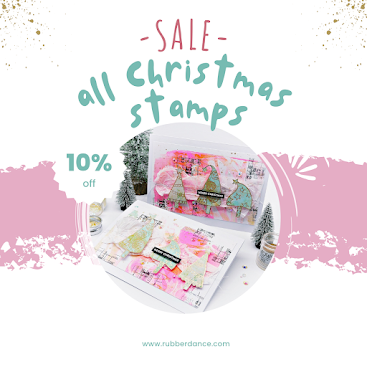 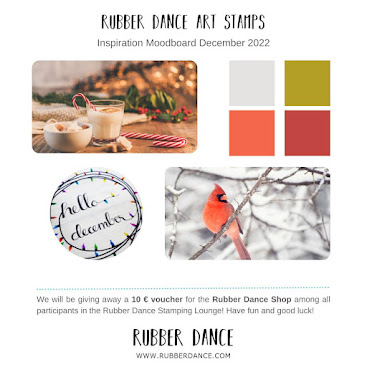 Challenge now hosted in our FB group - Rubber Dance Stamping Lounge - or you can enter on instagram. Anything Goes or be inspired by the moodboard and link up ANY new makes using Rubber Dance stamps for a chance to win €10 to spend in the shop.